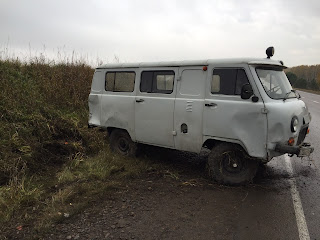 Let me start out by saying that I am OK.  Our car is not.

I had planned on writing this week to tell everyone about our van. We had bought a van for the purpose of winter road travel. It is a Russian UAZ van designed for both on and off road driving. Its four wheel drive, high ground clearance, and low gear ratio make it ideal for the winter road. In addition to that, its  stout suspension allows it to carry a heavy load. We had planned to use it to transport goods and ministry materials over the winter road. As you may recall, there is no road going into Vanavara during the summer, so most goods are transported across the winter road. This is especially important to us as we are planning to get our apartment ready this winter, which includes some remodel work. Also, we are planning to move our household goods up this winter. This van was key to many of our plans.

I had just finished going through the van mechanically. It is dangerous to break down on the winter road, so it is very important to have everything in top running order. I had also insulated the van with extra insulation and installed a third heater. The project was almost done. I was just waiting on an off roading bumper and winch, which I had already ordered, to come in.

And then yesterday happened…

I was helping Missionary Kevin Jones transport a roll of heavy duty electric cable to the city. I was following a box truck on a two lane road. The car behind me decided to try to pass both of us at the same time. He got past me, realized he could not make it past the truck, as there was oncoming traffic. He jerked into my lane. I then braked and swerved right and managed not to hit him, however, in doing so, I lost traction. Trying to keep the vehicle on the road, and possibly flipping, I counter steered left. A combination of that, and the slick road surface, caused me to do a 180. I plowed backward into the embankment on the other side of the road. At some point during the accident, my seat belt failed. I examined it after the accident and discovered that the inner working of the latching mechanism was pulled completely out of its casing. As a result, I was thrown  over my seat, backward, into the cargo portion of the van.

I climbed out through the back doors of the van.   I am very thankful that a group of people, who saw the accident, stopped and wanted to make sure I was ok.  The driver who caused the accident sped off as if nothing happened. Another driver who had a dash camera, sent me a video of the accident. Unfortunately, the license plate of the passing car is very blurry, and  I am not sure if we will be able to identify it.  Other witnesses spoke with the police but didn’t know the license plate number either.

Following is the dashboard camera video. (Just a side note; to help put the force of the impact into perspective, the roll of cable flying out the back, as if it were a frisbee, took three grown men to load.)


I am very thankful for the Lord and His protection. This could have been much more serious than it was.  It could have been fatal. Had I hit the embankment head on and my seat belt failed? Or flipped the van? Or even worse, what if my family was with me?  By God’s grace, I walked away with just one small bruise and some frazzled nerves. I am so very thankful for His loving care.

Our most important prayer request at the moment is for funds to repair the van since most of our vehicle-budget money has already been spent. I had hoped that through careful budgeting and planning, I would not have to ask for additional funds for a winter road van.  But now we are in a really tough spot. We still have funds needed for the Vanavara housing project, and a van that is not operational. We could really use some help with either of these needs.

Again, thank you for all your prayers. Please continue to pray for us and all your missionaries as they are on the roads.

Popular posts from this blog 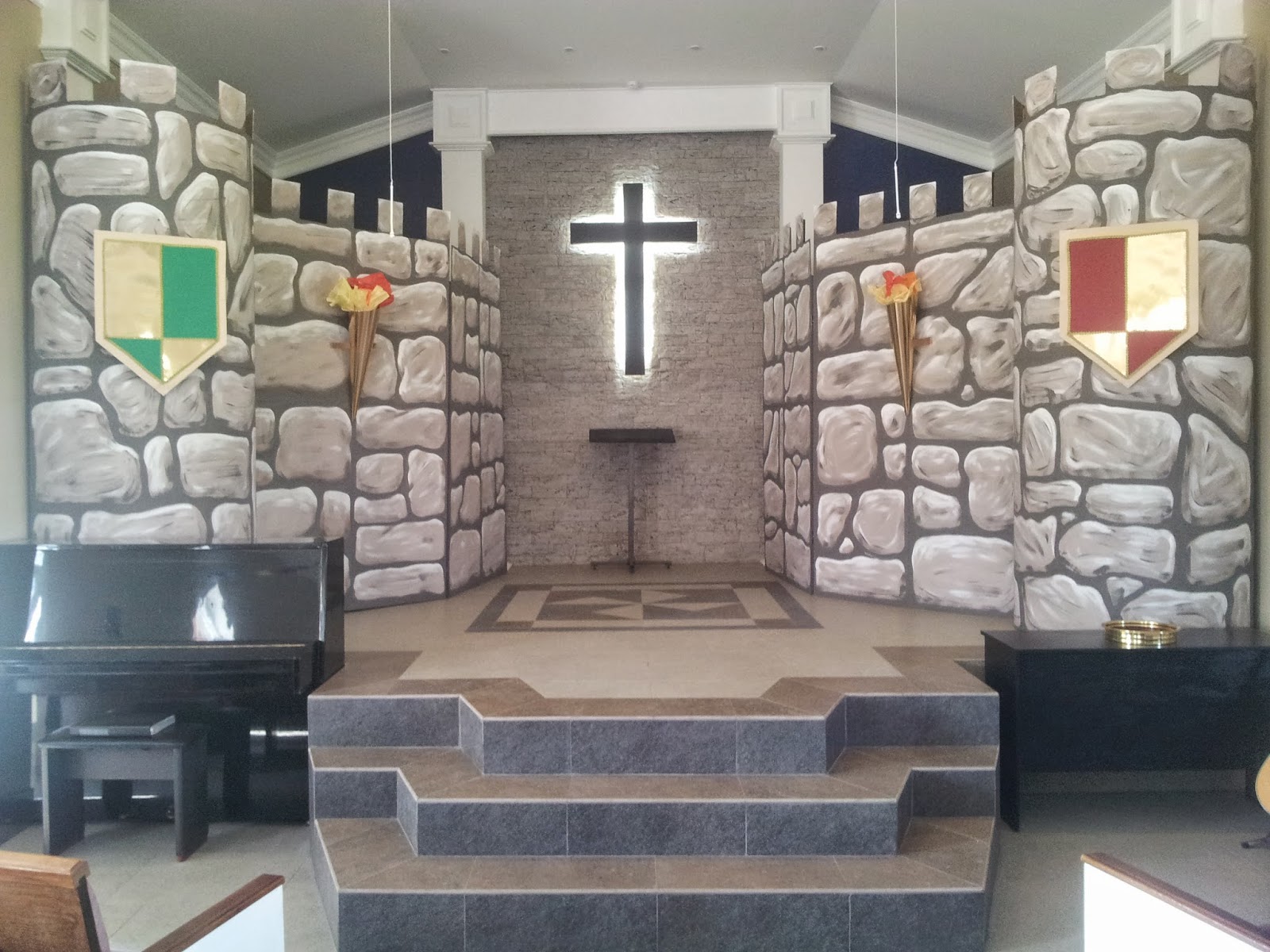 Tomorrow we will kick off our first day of Vacation Bible School. We are planning to hold four different V.B.S. campaigns in four different locations. Tomorrow starts the first of these campaigns in the city. Please pray that these will go well. We have been very busy with all the preparations that go into such a program. To fit in with our medieval theme, we were able to transform the church auditorium into a castle. We also made the props so that they can be folded up and taken out to the villages for the village programs. We have a variety  of games planned for the children ending with a medieval carnival. That said, in addition to building the castle props, we needed to also build a variety of games. It has been a lot of work, but it will be well worth it to have people sit under the teaching of the Gospel. Please pray for us throughout the weeks to come. Please pray that: God would soften and prepare the hearts of the lost. God would strengthen the
Read more

By James Dean - March 30, 2017
Thank you for praying for Matt and me as we traveled back to Vanavara on the winter road. We made it back safely, Praise the Lord! Matt and I drove straight through, trading off driving, so that the other could rest. Considering the conditions of the winter road, we made pretty good time. The road was clearly melting. We drove through a lot of mud and slush, but underneath the mud and slush, the ground was still frozen solid. (In the warmer weather, much of the road is marshland, and only a few specially designed vehicles can make it through.) We are glad to be back. Thank you for your prayers.
Read more

Update to Our Most Recent Prayer Letter 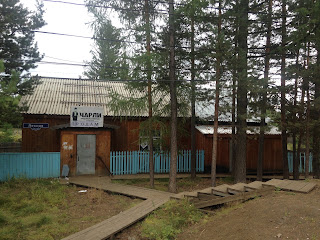 God has richly blessed our ministry, and I would like to share with you what God has done. While we were in a mission conference last week, I showed our video and in the video I explained the new legal situation, which requires religious meetings to be held on commercial property. You may recall from our recent letter that we have found such a building, but we needed to raise $25,000 to purchase it. God began to move in this meeting in a marvelous way. In one night, they raised $22,000 for this building. Praise the Lord! That, with what we already have raised, more than meets the need to buy the building. We are praising the Lord for this answer to prayer.  God has also blessed us with some additional funds for the vehicle project. We now have $6,900 of the needed $10,000. Glory to His name. God truly is able.
Read more